Skip to content
ANNUAL NEOLOGISM CONTEST
Once again, The Washington Post has published the winning submissions to its yearly contest, in which readers are asked to supply alternative meanings for common words. The winners are:
1. Coffee (N.), the person upon whom one coughs.
2. Flabbergasted (adj.), appalled over how much weight you have gained.
3. Abdicate (V.), to give up all hope of ever having a flat stomach.
4. Esplanade (V.), to attempt an explanation while drunk.
5. Willy-nilly (Adj.), impotent.
6. Negligent (Adj.), describes a condition in which you absentmindedly answer the door in your nightgown.
7. Lymph (V.), to walk with a lisp.
8. Gargoyle (N.), olive-flavored mouthwash.
9. Flatulence (N.) emergency vehicle that picks you up after you are run over by a steamroller.
10. Balderdash (N.), a rapidly receding hairline.
11. Testicle (N.), a humorous question on an exam.
12. Rectitude (N.), the formal, dignified bearing adopted by proctologists.
13. Pokemon

, a Rastafarian proctologist.
14. Oyster (N.), a person who sprinkles his conversation with Yiddishisms.
15. Frisbeetarianism (N.), (back by popular demand): The belief that, when you die, your Soul flies up onto the roof and gets stuck there.
16. Circumvent (N.), an opening in the front of boxer shorts worn by Jewish men.
The Washington Post’s Style Invitational also asked readers to take any word from the dictionary, alter it by adding, subtracting, or changing one letter, and supply a new definition. Here are this year’s winners:
1. Bozone (N.): The substance surrounding stupid people that stops bright ideas from penetrating. The bozone layer, unfortunately, shows little sign of breaking down in the near future.
2. Foreploy (V): Any misrepresentation about yourself for the purpose of getting laid. 3. Cashtration (N.): The act of buying a house, which renders the subject financially
impotent for an indefinite period.
4. Giraffiti (N): Vandalism spray-painted very, very high.
5. Sarchasm (N): The gulf between the author of sarcastic wit and the person who doesn’t get it.
6. Inoculatte (V): To take coffee intravenously when you are running late.
7. Hipatitis (N): Terminal coolness.
8. Osteopornosis (N): A degenerate disease. (This one got extra credit.)
9. Karmageddon (N): It’s like, when everybody is sending off all these really bad vibes, right? And then, like, the Earth explodes and it’s like, a serious bummer.
10. Decafalon (N.): The grueling event of getting through the day consuming only things that are good for you.
11. Glibido (V): All talk and no action.
12. Dopeler effect (N): The tendency of stupid ideas to seem smarter when they come at
you rapidly.
13. Arachnoleptic fit (N.): The frantic dance performed just after you’ve accidentally walked through a spider web.
14. Beelzebug (N.): Satan in the form of a mosquito that gets into your bedroom at three in the morning and cannot be cast out.
15. Caterpallor (N.): The color you turn after finding half a grub in the fruit you’re eating.
And the pick of the literature:
16. Ignoranus (N): A person who’s both stupid and an asshole 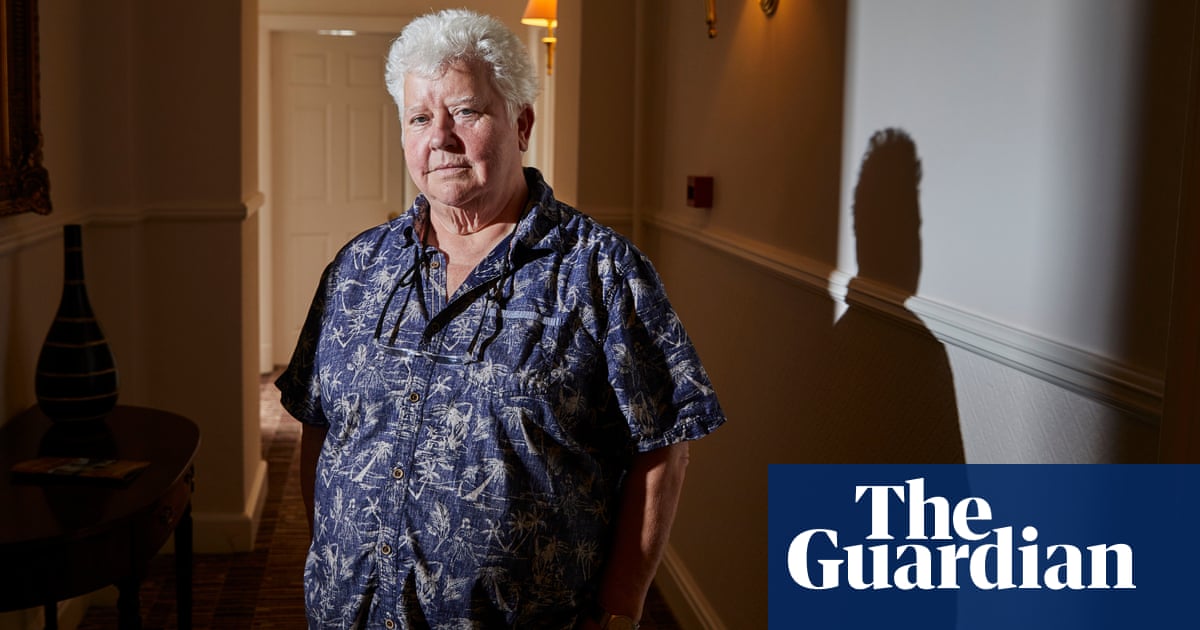 Majority of authors ‘hear’ their characters speak, finds study
Research on writers appearing at the Edinburgh international book festival reveals 63% listen to their creations, and 61% feel they have their own agency Dubbed “Master of the Art of Abbreviation,” Michael C. Keith has produced a stellar collection of micro stories in his new book, Insomnia 11 available  for pre-order from Mad Hat Press. 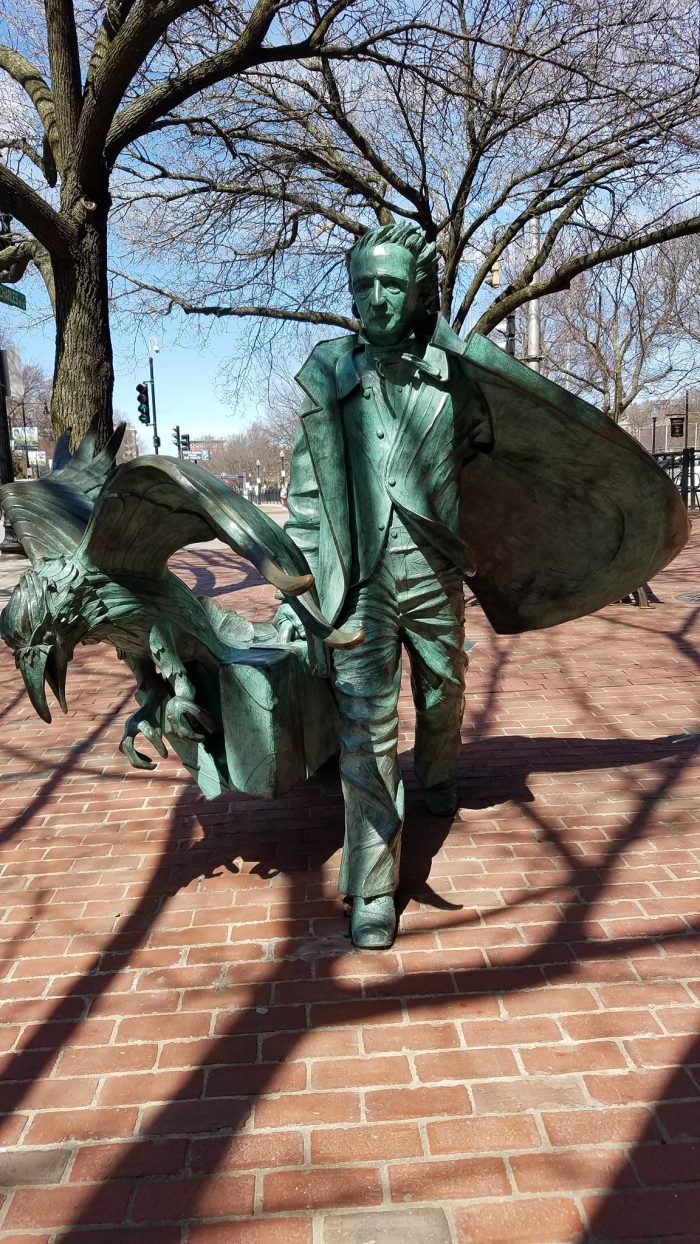 I received this very nice thank you note from Bowen University in Nigeria for helping Kwasi Sarkodie-Mensah to collect computer science and other textbooks for its library in 2015.

Acknowledgement and expression of gratitude 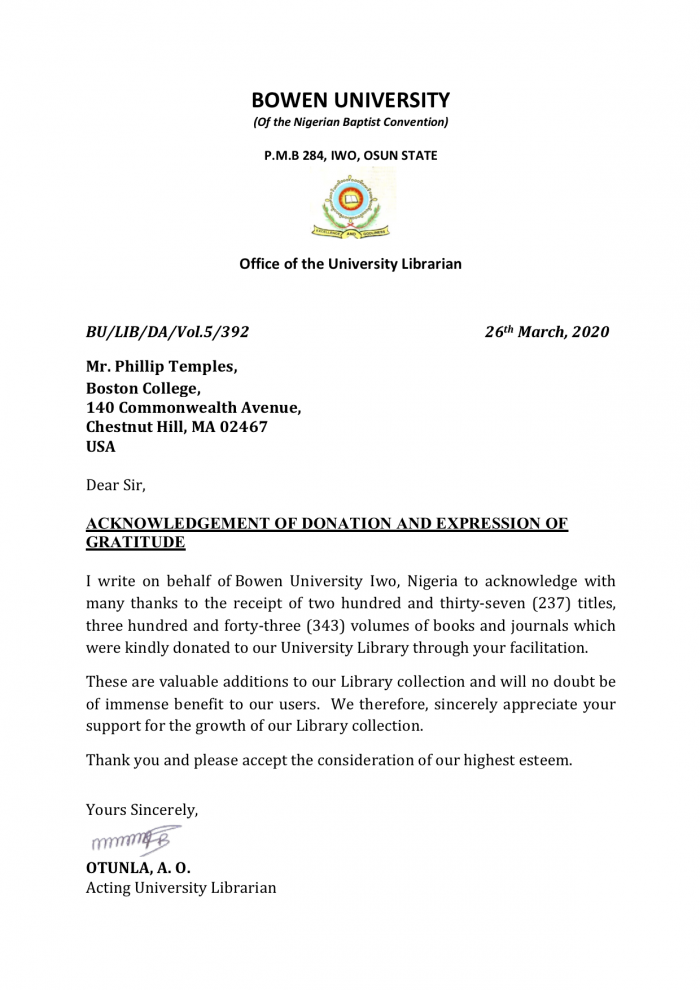 Today’s “virtual” Bagel Bards meeting via Zoom went swimmingly well. We had as many as 18 folks on at one point during the 1 1/2 hour session. 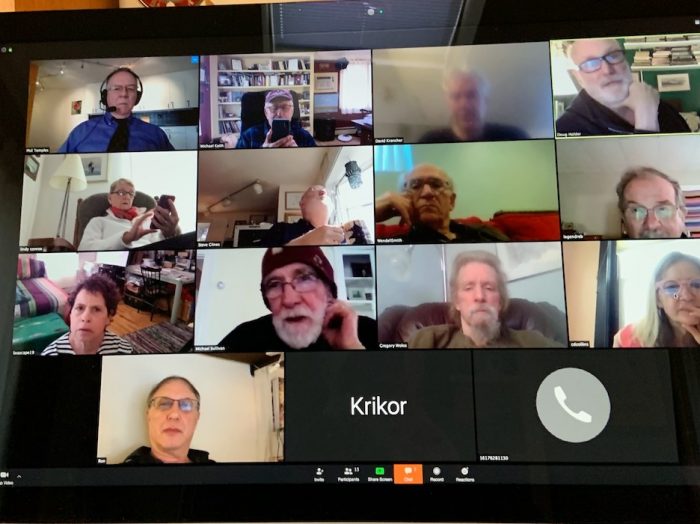