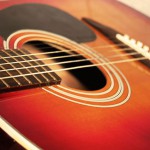 From the archives: The Penmen Review published my short fiction story, “Prison Blues” in April, 2016. Sharing this short story that published in 2015 in The Literary Yard entitled, “The House of Bob.”

If You Experience Any of These SymptomsPhil TemplesMrs. Nugent sips her martini while the television airs a…

Seeing this news item reminded me of my short fictional story entitled, “Gravity Hill,” about a gravity anomaly in a small town in Pennsylvania. You can read it in the Penmen Review. Bagel Bards Anthology #13, published by Ibbetson Street Press, can now be found online at Amazon.com. Among its poems and short stories is my submission, “This Too Shall Pass.” Paperback copies can be purchased by visiting https://www.amazon.com/Bagels-Bards-13-Steve-Glines/dp/035986211X/. I’ve been selected as one of the 2nd Half 2019 Winners of the London Independent Story Prize with my short story submission, The Sincerest Form of Flattery.  Yay!

Today I submitted one of my short stories to the London Independent Story Prize competition. The story is entitled “The Sincerest Form of Flattery.”

“Certainly the game is rigged. Don’t let that stop you; if you don’t bet you can’t win.” — Robert A. Heinlein

Seeing this Facebook post reminded me of a short story I wrote back in May, 2014 entitled “Bird Job.” I’ve produced the third in a series of Rambo vignettes entitled “Ambush” and am shopping it around. The 1,360-word fictional piece is set in a dystopian near-future in which regional wars fought by both human and alien mercenaries abound.

… the Rambos are the meanest, orneriest, most despicable form of life in the galaxy. They fight for Black Scorpion, Limited. Unlike the human mercenaries they fight alongside with, the Rambos fight for one reason and one reason only—for blood sport. Money don’t mean shit to them.”

“Do they speak English?” a soldier asked.

“They speak better English than you, Janson.”

“Most of them are multilingual. I met one that spoke sixteen different Earth languages. They’re smart mothers. They’re big. And they’re afraid of nothing. If they kill you, they’ll take your scalps or your thumbs for souvenirs. The good news is, they bleed and die just like us. So, make sure they die first.”

After a moment, someone said, “If you call that yellow puke they have in ’em blood…”